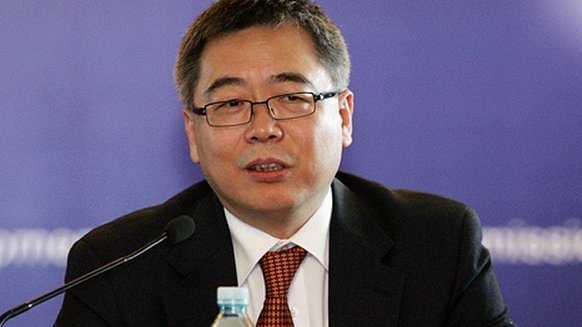 (Tory Aardvark) Day 4 and COP18 struggles on in an ever growing climate of mistrust about the host nations position on climate change, accusations of delaying and stalling tactics by some countries and anger regarding the choice of the COP19 host nation, Poland.

The current impasse revolves around the Long term Cooperative Action (LCA) and the need for an agreement, without this agreement the 2015 plan to reduce emissions will not happen.

The negotiators are rushing to complete a draft before the Ministers fly in to Doha on Monday:

"Su Wei said an acceptable conclusion to the Long term Cooperative Action (LCA) track of negotiations would be needed to progress work on a post-2020 agreement.

The LCA has been the source of increasing controversy in Doha with tempers flaring and frustration growing, all while the clock ticks down to Ministerial arrivals on Monday. Negotiatiors are now in a race to agree a draft agreement before they touchdown in Qatar.

The successful and meaningful conclusion of the LCA and the Kyoto Protocol talks, will have a very positive impact on the discussion under the ADP process. If we can’t have an agreement on what we need in the near term, I can’t imagine how we would get an agreement on the longer term,” he said."

The chances of getting an agreement are almost zero, the political will for a deal in not there, as demonstrated by the lack of world leaders attending COP18.

Then there is problem that the LCA text being circulated bares little resemblance to the LCA text seen at the pre-COP18 meeting in Bangkok.

"Though a complex issue to deal with, the LCA track of negotiations has emerged as one of the key battlegrounds at the Doha talks and a major hurdle for its Saudi Arabian chair Aysar Tayeb to navigate.

Tayeb produced an informal text in an attempt provide a basis to begin work towards a consensus.

Observers RTCC has spoken to say it bears little resemblance to an LCA text that was passed around at the Bangkok round of talks in August.

It was rejected out of hand by the US whose representative said a quicker route to consensus would be for the ideas to come from the Parties [countries] not the chair.

EU negotiators told RTCC they could not understand what the chair was trying to achieve by presenting what they described as a contentious text.

Some developing countries have accused the US and others, of trying to shelve existing work in an attempt to stall the process."

No doubt about it, COP18 is really turning into a circus of mistrust, hate and confusion with little chance, fortunately for the world, of achieving any of the  objectives of those attending.

Posted by Rajan Alexander at 10:20 PM