It is now readily apparent that the main objective of the climate hysteria campaigns of NGOs like Oxfam and WWF is the Climate Green Fund. Why? These are money hungry NGOs and they will exploit every conceivable avenue to increase their funding. Particularly so, as these NGOs have seen their revenues has taken a huge hit due to the economic downturn in the US and Europe. They look at the Climate Green Fund to bail out their operating deficits using the justification of developing and poor countries.

The problem with the Climate Green Fund is that while the decision to establish the fund was taken in COP Durban, despite pledges, the fund has seen practically seen little money. To get this around, both Oxfam and WWF joined hands to advocate carbon taxation of both the aviation and shipping sectors. The latter proposal was shot down in Durban meet. However the EU unilaterally announced its decision to tax all foreign flights originating and terminating within Europe.

India, the US, Russia and China formed an alliance and opposed such a unilateral decision. Due to vehement opposition from these countries, the EU was forced to suspend the decision for a year last month. But such a step is not considered sufficient. The opposing countries would want the policy permanently withdrawn and President Obama fires a fresh salvo. 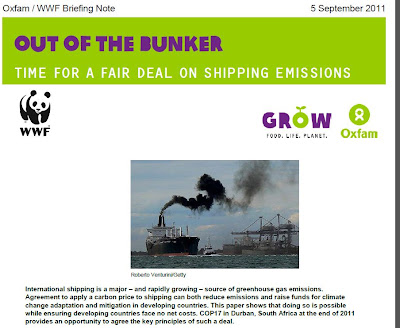 (Planet Gore) President Barack Obama signed a bill on Tuesday shielding U.S. airlines from paying for each ton of carbon their planes flying into and out of Europe emit, despite a recent move by Europe to suspend its proposed measure for one year.

The carbon fee bill was the first piece of legislation debated on the House floor after Congress returned from recess on November 13, and had been cleared by the Senate in September in a rare unanimous vote.

It directs the U.S. transportation secretary to shield U.S. airlines from Europe’s carbon emissions trading scheme (ETS) if he or she deems it necessary.

Lawyers have said the bill is an unusual piece legislation because it would prevent U.S. companies from complying with the laws of another country.

“It never made a bit of sense for European governments to tax our citizens for flying over our own airspace — and with the passage of this law we’ve got the tools we need to prevent it from happening and protect American jobs,” said Democratic Senator Claire McCaskill, a co-author of the bill.

But  China’s response was even better.

The EU had also been under pressure from China, one of the world’s fastest growing markets for aircraft, which had threatened to cancel orders of European Airbus aircraft if the EU did not back down from applying its ETS on all airlines.

“That’s a pretty nice aviation industry you got there. Would be a shame if anything happened to it. . .”