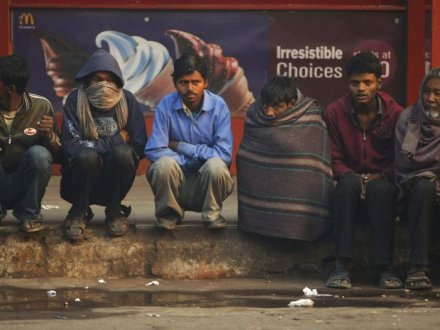 Activists in the Indian capital are calling on the government to show more warmth to the city's homeless, after it was revealed thousands are dying each year.

Another winter has descended on Delhi, and already hundreds of homeless are trembling in their thin blankets on cold pavements under flyovers and the sidewalks. There are reportedly 150,000 homeless people in Delhi, and as the city drifts into the throes of a cold snap, there are fears many will not survive the harsh winter.

Delhi Police records pulled out by activists using the Right to Information showed 6,861 homeless deaths were reported from 2007 to 2011 across five districts in the capital.

S A Azad, who runs a campaign for rehabilitation for the homeless, has told Radio Australia's Connect Asia program the deaths are just a tip of the iceberg - taking in less than half of Delhi's 11 districts.

"They are only bothered about the elite, and this will not do - they have to stand up and the prime minister has to step in."

Not all people who die on the streets enter police records - some are directly taken to crematoriums and cemeteries. 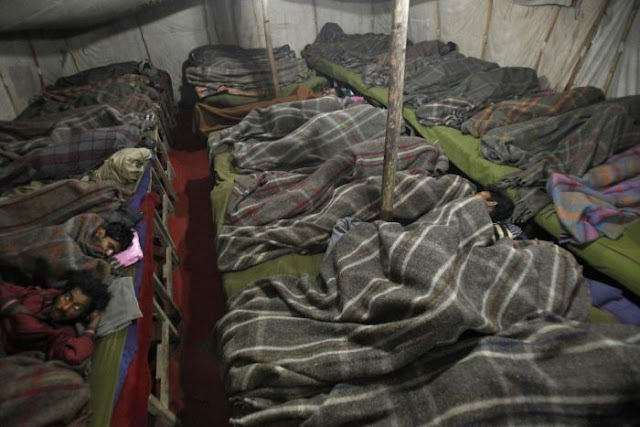 Delhi has only 64 permanent and 54 temporary shelters which can accommodate just over 14,000 people, meaning the majority are left to fend for themselves every night. Despite directives from the Supreme Court urging civic authorities to prepare shelters before the mercury plummets to near zero, Shivani Chaudhry of the Housing and Land Rights Network says the government has done no mapping of the homeless people.

"We really need to demand accountability because this is not just an accident. The fact that is happening routinely, year after year - somebody has to be held responsible. People are dying because they are being ignored by the state, because they are left out of every scheme that is available for the urban poor."

With a population of well over 1 billion people, India is home to 170 million slum dwellers - accounting for 63 per cent of all slum dwellers in South Asia, or 17 per cent of the world's slum dwellers. Living in slums or dwellings on pavements alongside busy roads, many are young working people: balloon sellers, rickshaw pullers, casual workers, street vendors and others looking for work in a big city. Nagendra, a daily wage earner, has been homeless for over five years.

"Those who have refuge in shelters are quite alright. But there are so many others who live out in the cold pavements, and that is tough."

"The homeless have been dying round the year and the government has paid no heed to it, and it is only when we ask them that they realise deaths are happening and to such a magnitude. I think it paints a very sorry picture for the people who mean a lot to the country."

Posted by Rajan Alexander at 9:27 AM