COP18 Day 3 And The Host Country For COP19 Will Be Warsaw, Poland 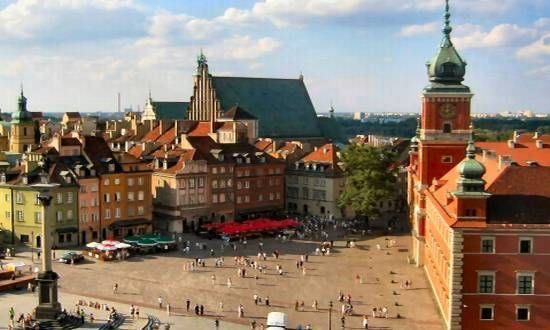 (Tory Aardvark) Life is full of surprises, like holding a UNFCCC COP meeting in Qatar, one of the worlds largest natural gas producers and as far as the Greens and ecomentalists are concerned, a country with an ambiguous position on Anthropogenic Global Warming.

The environmental circus in Doha is full of mistrust and suspicion of the COP18 President Abdullah bin Hamad Al-Attiyah who is a supporter of the evil Shale Gas, so the choice of Poland for next Conference of the Parties (COP) 19 is quite frankly bizarre.

Poland’s position on Climate Change is most definitely not ambiguous, Poland has consistently blocked further attempts by the EU and Connie Hedegaard to implement their Green Dream:

Korolec refused to sign up to the new targets unless Poland’s 16 coal fired power stations were granted free allowances under the European Emissions Trading Scheme (ETS).

Poland also has had ambitions to be Europe’s Shale Gas pioneer, not only for economic reasons, but also to end Polish dependence on gas imports from Russian energy giant Gazprom.

In October environmentalists were bleating via EurActiv that they were living in a “climate of fear” in Poland as the authorities looked more closely at the well funded activities of international Green environmentalists:

Polish environmentalists say that they are operating in a ‘climate of fear’ involving harassment by the country’s security police, and denunciations from government ministers for “working against the public interests of the state”.

Earlier this month, Treasury Minister Nikołaj Budzanowski used that phrase to drub a registered environmental charity, Client Earth, which has campaigned against coal-fired power plants and for shale gas regulation.

“This kind of organisation should accept that there are limits to its activities,” Budzanowski said. “In my opinion they have passed their limit.”

All of the above do make Poland a curious choice for your average watermelon.

Green eco outfit Responding To Climate Change (RTCC) have this to say on the website:

"Warsaw will be confirmed at the ongoing talks in Doha and is likely to prove to be an unpopular choice.

Poland has set up a stand inside the ongoing talks in Doha with a model of the Warsaw football stadium under the banner, Poland COP19. Staff on the stand have confirmed that an official confirmation will come later today."

You can only wonder at the thought processes of the UNFCCC having chosen a country that is one of the largest natural gas producers with an ambiguous position on the Climate Change boondoggle for the current meeting, they have now chosen a country with a track record of standing up to the evangelists of Climate Religion to host COP19.

Posted by Rajan Alexander at 12:47 PM