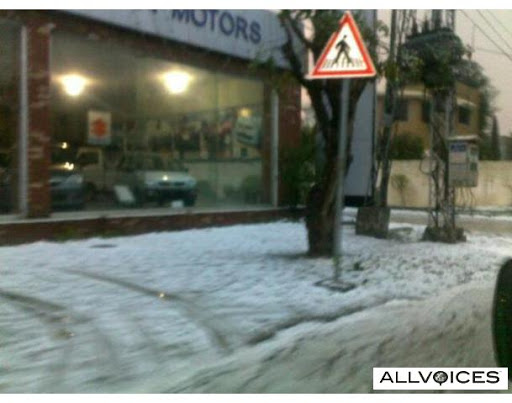 (Ice Age Now) Winter on the Northern Hemisphere has not even started, but already the biggest of all continents, Asia, seems to be cooling off.

Blizzards in China, heavy snowfall in Pakistan. Continuous snowfall over the last two days has brought down temperatures all across the Kashmir Valley. On different places roads in Pakistan have blocked due to heavy snowfall.

Entry of heavy traffic has been stopped in Murree while all flights have been suspended in Sakardu. The roofs of parliament house have been seeping due continuous rain in Islamabad.

Abbottabad including Hazara Division in different areas rain and snowfall continue, Nathia Gali including its surroundings 4 to 5 feet snow fall by which roads blocked.

Snowfall season has been continuing since last 2 days due to which many main roads have blocked in upper parts of the country.

Posted by Rajan Alexander at 10:00 AM