Now Africa gets into act: Kenyan MP and scientist slams COP 18 as another circus 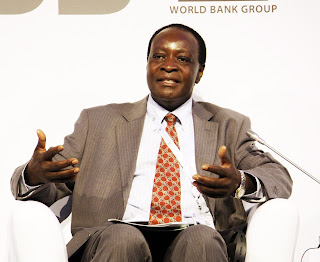 (African Science News) A Kenyan MP has termed as circus the annual discussions at the Conference of Parties of the UN Framework Convention on Climate Change and said Africa should not pin its hopes on the current COP 18 taking place in Doha, Qatar.

Speaking at a workshop by the Global Campaign for Climate Action (GCCA) and the Pan African Climate Justice Alliance in Nairobi on Sunday in the sidelines of the ongoing 18th Conference of Parties, Dr Wilbur Ottichilo said those who have attended the previous Cops know that nothing substantial ever come out of these meetings.

He instead urged the African governments to develop local strategies to counter the impacts of climate change.

Dr Ottichilo, an accomplished scientist, said Africa should focus on developing local strategies and actions that they can then demand foreigners coming into Africa align their support to the locally developed strategies.

“Africa should stop going to the Conference of Parties to beg,” he said.

He lauded moves by Kenya, South Africa and Nigeria who are various stages of coming up with local strategies which in Kenya’s case include a response strategy framework and an action plan.

Ottichilo said as far as the west is concerned, they wish to keep Africa going round in cycles with begging bowls in their hands.

He asked the African governments to stop playing at the hands of the West instead, he asked the national delegations to COP 18 should emphasie on green technology transfer from the West while back at home, increase the training capacity for technologists able to exploit resources cleanly.

In Kenya, Dr Ottichilo said the country should focus on exploiting geothermal instead of dancing the tune of such multinationals like Tullow who are busy moving around the country prospecting for oil.

He said unless Kenya can stand firm on its climate change response strategy and the recently launched action plan, companies like Tullow will come in and exploit the country’s national resources while caring less about the environment in which they do their activities.

Posted by Rajan Alexander at 10:54 PM