More proof of “Global Warming” out of control: Karnataka in the midst of a cold wave 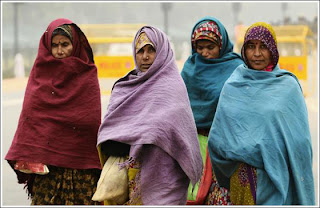 Due to cold wave, Karnataka is experiencing below normal minimum temperature. Minimum temperature of 8.6°C is recorded in Nittur hobli in Bhalki taluk of Bidar district on November 16 at 6.15am, which is 9.7°C less than the normal. This extreme event is recurring after 73 years (November 28, 1939) was 11.1 °C. Cold wave condition will prevail over parts of interior Karnataka during next 2 nights, according to Indian Meteorological Department.

Rainfall over Karnataka in the last 24-hours up to 8.30am on Friday is considered as negligible. Rainfall was negligible in all 30 districts and monsoon activity classified weak in these 30 districts. Very light rain was recorded in 11 districts and no rain in 19 districts. Kengeri in Bangalore south taluk of Bangalore urban district recorded maximum rainfall of 2mm in the last 24-hours. Dry weather condition prevailed in remaining parts of the state.