Over 100 UFO sightings in Himalayas 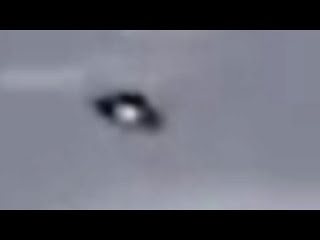 e Army troops deployed along the China border from Ladakh in Jammu and Kashmir and Arunachal Pradesh in northeast have reported more than 100 sightings of "Unidentified Flying Objects" (UFOs) in the last three months.

Agencies including the Army, DRDO, NTRO and the ITBP have not yet been able to identify these luminous flying objects.

The 14 Corps, which looks after military deployment along Kargil-Leh and looks after the frontiers with China, has sent reports to the Army Headquarters about the sightings of UFOs by an ITBP unit in Thakung near the Pangong Tso Lake, Army officials said here.

Reports suggested that these yellowish spheres appear to lift off from the horizon on the Chinese side and slowly traverse the sky for three to five hours before disappearing.

The officials confirmed that these UFOs were not Chinese drones or satellites.

They said Army had also moved a mobile ground-based radar unit and a spectrum analyser to verify the identity of the object but could not detect the object that was being tracked visually, indicating it was non-metallic.

Army officials expressed concern over the inability of agencies to identify the object which some believed could be a Chinese surveillance equipment.

Sources said similar reports had emerged about five-six years ago about sighting of such objects but the matter was not taken up at higher levels.

Reports suggested that a group of mountaineers had seen a UFO in 2004 in Lahaul and Spiti valley in Himachal Pradesh and investigations were launched into the incident by various agencies.