A Reply to Hurricane Sandy Alarmists claim of a Manmade event 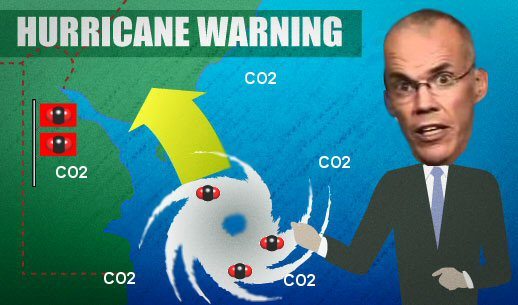 (Caleb Shaw in WUWT) While I am often humbled, when it comes to predicting the weather, I did correctly predict the fact that, when the inevitable happened, and a hurricane did clobber the East Coast, that certain individuals would use the event to promote their Global Warming Agenda.

The chief fact used, in the Alarmist argument about Sandy, is the simple truth the tide which New York City experienced during Sandy “beat the record.” This gives Alarmists the chance to dust off their favorite word, “unprecedented.” They love that word, because by suggesting something is, “without previous instance; never before known or experienced; unexampled or unparalleled,” they somehow manage to convince themselves it means something has gone haywire; something is dreadfully wrong.

There are two good ways to calm such people down. First, it is helpful to explain to them that every newborn child is

“unprecedented,” and “without previous instance; never before known or experienced; unexampled or unparalleled,”

because each newborn has fingerprints like none ever seen before on Earth. Therefore, there is no reason to panic. In fact, a new baby, and newness in general, is actually a delightful thing. Without newness life gets pretty darn boring.

In fact, that is why it is so much fun to try to predict the weather, even though you are bound to be humbled. Weather is always producing things never seen before. Weather is forever fresh and new.

The second way to calm down Alarmists is to point out hurricanes have happened before, and have actually been worse. Alarmists will then, of course, state no storm has ever been as bad as Sandy, for none had such a surge in New York. At this point you need to pat the back of their hand, say “now-now” and “there-there,” (and a few other anxiety-reducing things,) and ask them how much they know about the 1821 storm that set the “old” record.

Most Alarmists fail to study history much. Unfortunately, most don’t want to. They have their minds made up, because they hunger for an impossible thing called “closure,” which has a side effect of creating a closed mind. However if you coddle them, and ask them to “listen just to humor you,” you might get them to look at the history of the Great Gale of 1821.

Unlike Sandy, that hurricane didn’t dawdle. It came ripping up the coast, and was in and out of New York in a matter of hours. The people of the time reported a tide 13 feet above the ordinary high tide, but the best studies put the peak tide at 11.2 feet. Sandy reached 13.88 feet.

(You cannot fail to notice how much more scientific we have become. Back in 1821 they only measured a surge in tenths-of-a-foot. Now we measure in hundredths.)

Simple arithmetic suggests the 1821 storm’s high water was 2.68 feet lower than Sandy’s. However the interesting thing about the 1821 storm is that it came barreling through at dead low tide. Tides in New York vary roughly 6 feet between low and high tides.

Therefore, to be fair, it seems you should add six feet to the 1821 storm, if you want to compare that storm with Sandy’s surge at high tide. This would increase the 1821 high water to 17.2 feet.

Joe D’Aleo at WeatherBELL brought up yet another fascinating factor: 1821 was at the end of the Little Ice Age, when a great chill had cooled the oceans. Because water contracts when it cools, the seas were roughly a foot lower back then. Therefore, to be fair, we need to add yet another foot to the 1821 storm, which gives us a total of 19.2 feet.

Joe Bastardi, also over at WeatherBELL, can do better than that. All you need to do is shift the track of the 1938 “Long Island Express” hurricane, with it’s last minute jog to the northwest, eighty miles to the West-by-West-southwest, and you have a storm surge of well over twenty feet surging up the Hudson River. That is practically a tsunami, and likely would reach Albany.

In other words, Sandy wasn’t so tough. In some ways, Sandy was a Wuss, and an imperfect storm, compared to 1821, which had wind gusts toppling chimneys in Philadelphia, entire houses in New York City, and flattening forests up through New England.

In conclusion, things could get a lot worse for New York City, even if storms are not a bit “unprecedented.” Things could be worse even if they are ordinary!!!!!

It might help even more if you grab them by the lapels and repetitively hoist them up and slam them down, launching into a rave. You’ll have to make up your own rave, (and it helps a lot if you practice the wild-eyes in a mirror beforehand,) but my own rave would be something like this:

“You stupid, ignorant, son-of-a-Susquash! We have known for decades New York‘s subways would flood in a perfect storm. It was a real threat. Why didn‘t we build flood-gates, to close up the subways in the face of storm surges or even earthquake tsunamis? Why did we waste billions on windmills and Solyndra?…”

You can move on from there, but in some cases all your efforts will be in vain.

Never stop trying, for you never know when an idiot might be redeemed, but don’t be discouraged if you fail, for in some cases explaining Truth to Alarmists is preaching to the mire.

Posted by Rajan Alexander at 3:30 PM