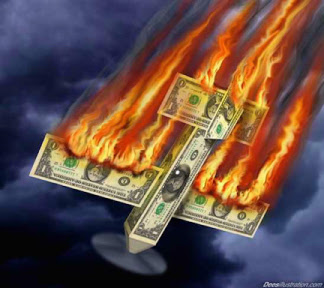 (BBC) The European Union has agreed to suspend its rules that require airlines flying to and from airports in the EU to pay for their carbon emissions.  Climate commissioner Connie Hedegaard said she had proposed

"stopping the clock for one year".

She said the suspension was due to progress being made in negotiations on a global emissions deal. But she added that if the International Civil Aviation Organization (ICAO) did not make progress towards a global deal by this time next year the European tax would be reintroduced. The EU brought in the Emissions Trading Scheme on 1 January.

The rules had been unpopular with countries outside Europe such as the US, China and India.  India and China have been among the most vocal opponents of the ETS, with India banning its airlines from complying with it in April.

The European Commission's recommendation came after last Friday's general meeting of the ICAO, which agreed to move towards a market-based mechanism for emissions trading. The commission said it had only introduced its own trading scheme because it had

"waited for many years for ICAO to progress. Nobody wants an international framework framework tackling CO2-emissions from aviation more than we do," Ms Hedegaard said.

The ETS was originally set up in 2005 to cover factories and other land-based emitters of CO2, but was extended to cover aircraft at the start of the year. Aircraft using airports within the EU must pay a tax on each tonne of CO2 emitted. The airlines have said that this will cost them 17.5bn euros ($22.3bn; £14.0bn) over eight years.

But the EU has argued that it only adds between four and 24 euros to the price of a long-haul flight.

Posted by Rajan Alexander at 10:00 PM